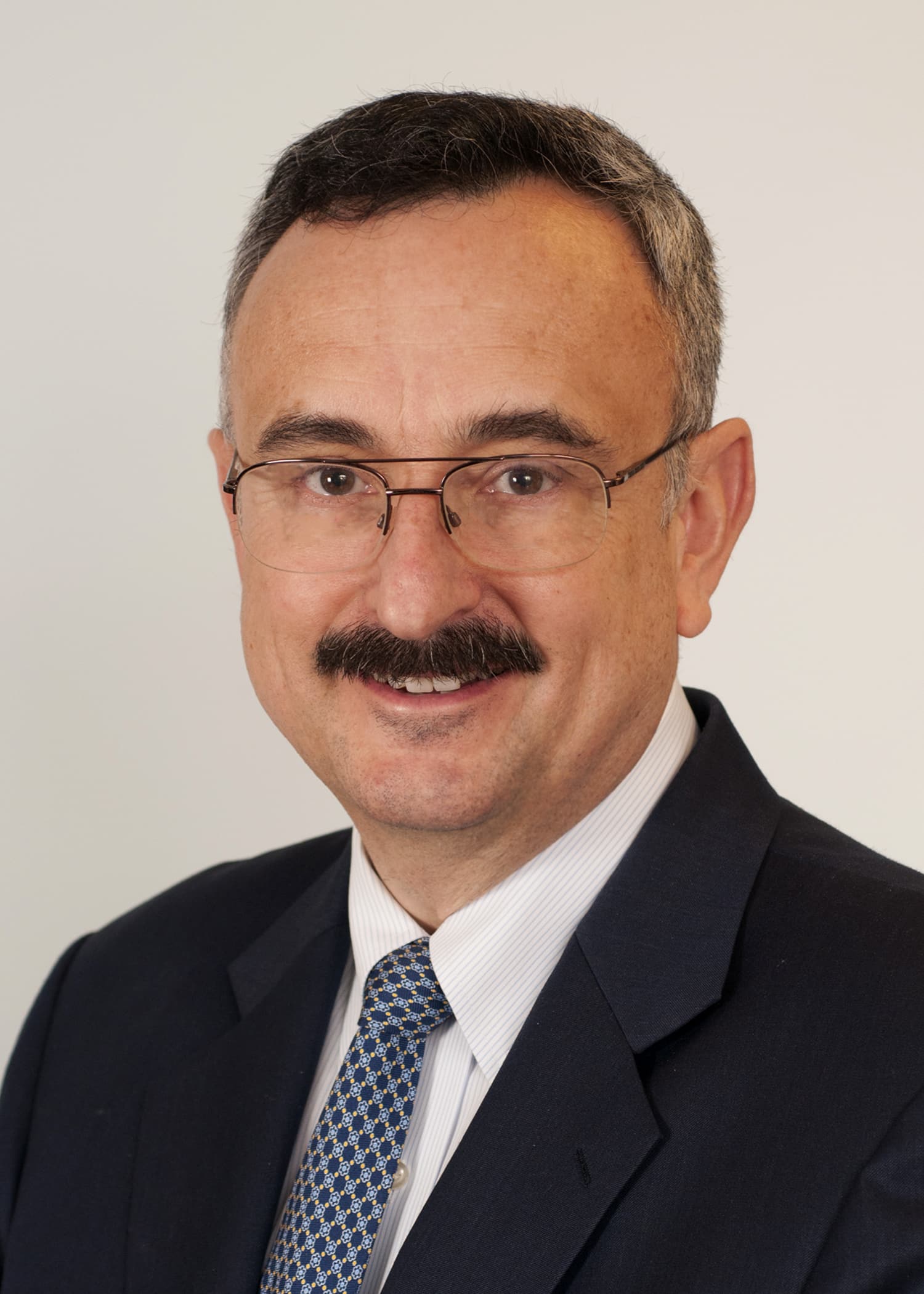 Dr. Carlos Fernández-del Castillo grew-up in Mexico City, attended medical school at the National Autonomous University of Mexico, and then did a residency in internal medicine and surgery at the Instituto Nacional de la Nutricion. In 1989 he came to the Massachusetts General Hospital as a Research Fellow in the Pancreatic Research Laboratory of Dr. Andrew Warshaw, and in 1991 joined the staff in the Division of General/GI Surgery. He is currently the director of the Pancreas, Liver and Biliary Surgery Program, co-director of the GI Cancer Center, and the Jorge and Darlene Perez Endowed Chair in Surgery at the MGH, as well as a Professor of Surgery at Harvard Medical School. For several years he has performed the largest number of pancreatic resections in the state of Massachusetts.

His research interests were initially on the pathogenesis and treatment of acute pancreatitis. Using measurement of trypsinogen activation peptide (TAP) as a tool, and with animal models and cell experiments, he found that activation of interstitial trypsinogen was the main determinant of progression from mild to severe pancreatitis. The laboratory investigated the effects of many drugs, including nafamostat, lexipafant, and activated protein C, in the treatment of experimental pancreatitis, and did key studies that showed that non-oxidative metabolism of ethanol leads to pancreatic injury. In a clinical study published in the New England Journal of Medicine he showed that calcium administration was the main culprit of pancreatitis following cardiac surgery. This observation was followed by laboratory work showing the roles of ischemia and hypercalcemia in pancreatic injury.

Starting in the year 2000 he changed his focus to the study of cystic neoplasms of the pancreas and pancreatic cancer, and oversaw the expansion of the MGH Pancreas Biobank, that at present holds over 3500 specimens with clinical correlation. He has had a particular interest in Intraductal Papillary Mucinous Neoplasms, seeking to understand the mechanisms that lead to progression from low to high-grade lesions, the proper selection of patients requiring surgery, and the course of patients who undergo resection for IPMN, including those who are found to have invasive carcinoma. Since 2006 he has played a key role in the development of the International Association of Pancreatology guidelines for management of IPMN. Dr. Fernández-del Castillo has authored over 300 original articles and 100 book chapters and reviews, with an h-index of 107. He currently holds NIH funding for the study of biomarkers and the prevention of progression in IPMN, and was recently named an IPMN Scholar by the IPMN Global Foundation. He serves in several editorial boards, including Annals of Surgery, Annals of Surgical Oncology, and Pancreatology.

Dr. Fernandez-del Castillo has trained over 25 clinical and laboratory research fellows from Europe, Asia, Latin America, and the United States, and has been recipient of multiple teaching awards from the Massachusetts General Hospital, Harvard Medical School, and the Society of Surgery of the Alimentary Tract. He is member of many medical associations, and in 2015-2016 was president of the American Pancreatic Association.

On a personal level, he has been married for 36 years to his wife Sylvia. Together they are the proud parents of 9 children and 7 grandchildren. 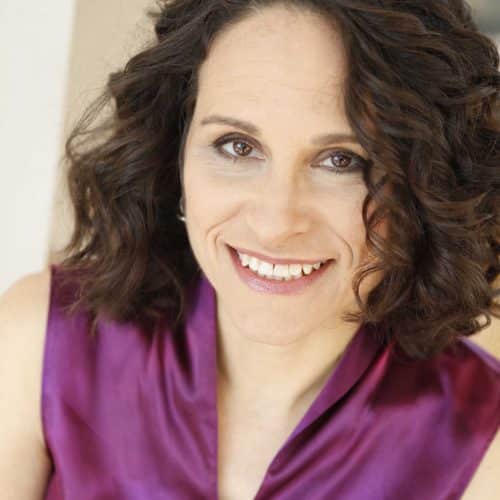 Until March 2017, Megan was Director, Pay for Success Financing at the South Carolina-based Institute for Child Success. She worked with jurisdictions across the U.S. to improve their children’s health, education and well-being through large-scale expansions of effective early childhood programs. She conducted ICS’s feasibility study on Pay for Success financing for the Nurse-Family Partnership in South Carolina, which resulted in a $30 million expansion that served thousands of low-income first-time mothers. This Pay for Success project was the largest in the world and the first to use Medicaid funding as part of the financing package.

She served on the advisory group for McKinsey & Company’s work on “social impact bonds,” and has published extensively on PFS financing and performance measurement.

From 1999-2011, Megan was Director of Planning and Government Innovation at the Vera Institute of Justice, where she worked with the government to implement innovations in criminal justice, child welfare, mental health, and eldercare. She led a major reform of New Orleans’s criminal justice system and helped Chinese academics and officials pilot criminal justice reforms.

This award opportunity is available for investigators that are in the early stages of their career. Included are senior post-doctoral researchers, instructors, research associates and assistant professors including clinical and research track faculty (MD, MD-PhD, PhD or DVM).

To enhance the training experience, we require the support and participation of a senior mentor and that the applicant have substantive new learning experiences and a mentoring/academic development committee. We require that the mentor have a substantial record of research accomplishments in a relevant field as well a history of successful mentorship. The applicant and mentor must be a member of the APA in good standing. Applications from individuals not holding U.S. citizenship or pursuing research in the United States are welcome. Funds may be used at APAF approved sites outside of the United States. Applications by individuals from diversity groups that are under-represented in medicine and biomedical research are encouraged.

Applications will be scored based on the experience and goals of the applicant, the quality of the research plan, the qualifications of the mentor, the training environment, and the relevance of the proposal to the scientific goals of the APA.  The APA will prioritize applications related to pancreatitis and the relationship between pancreatitis and pancreatic cancer, but also welcomes proposals related to all types of exocrine pancreatic disease. 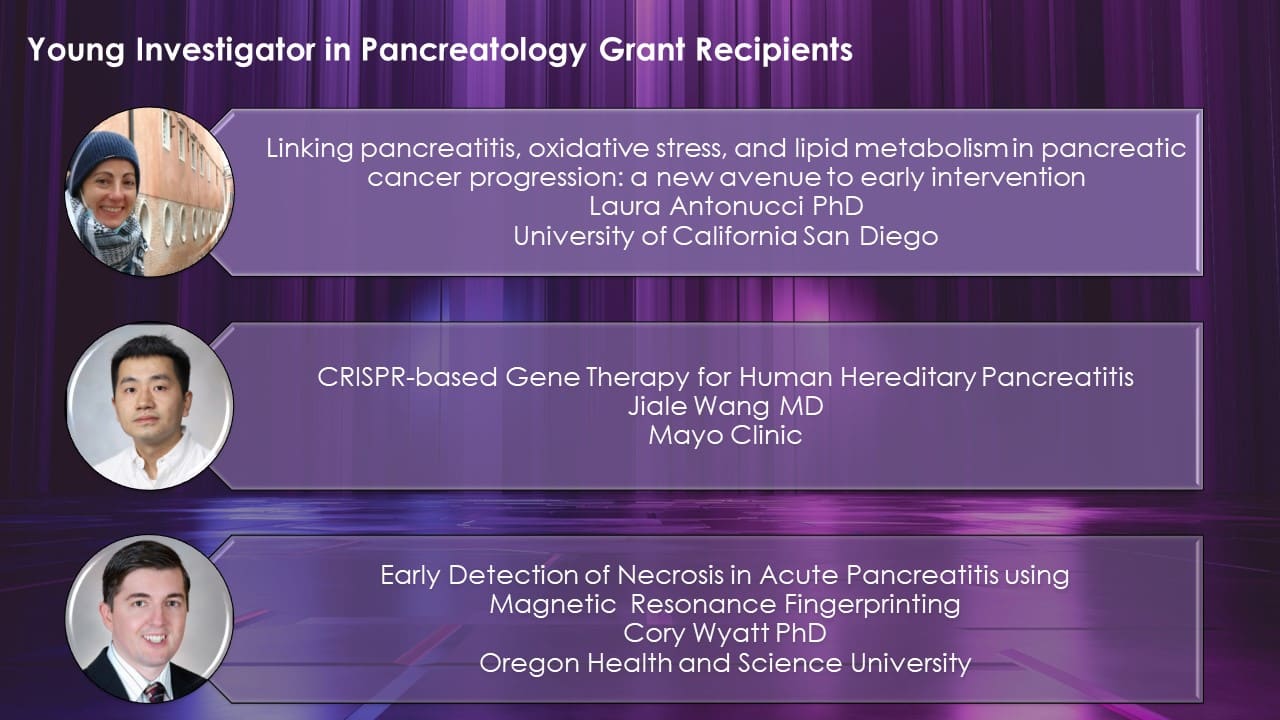 Generously supported by the Hirshberg Foundation 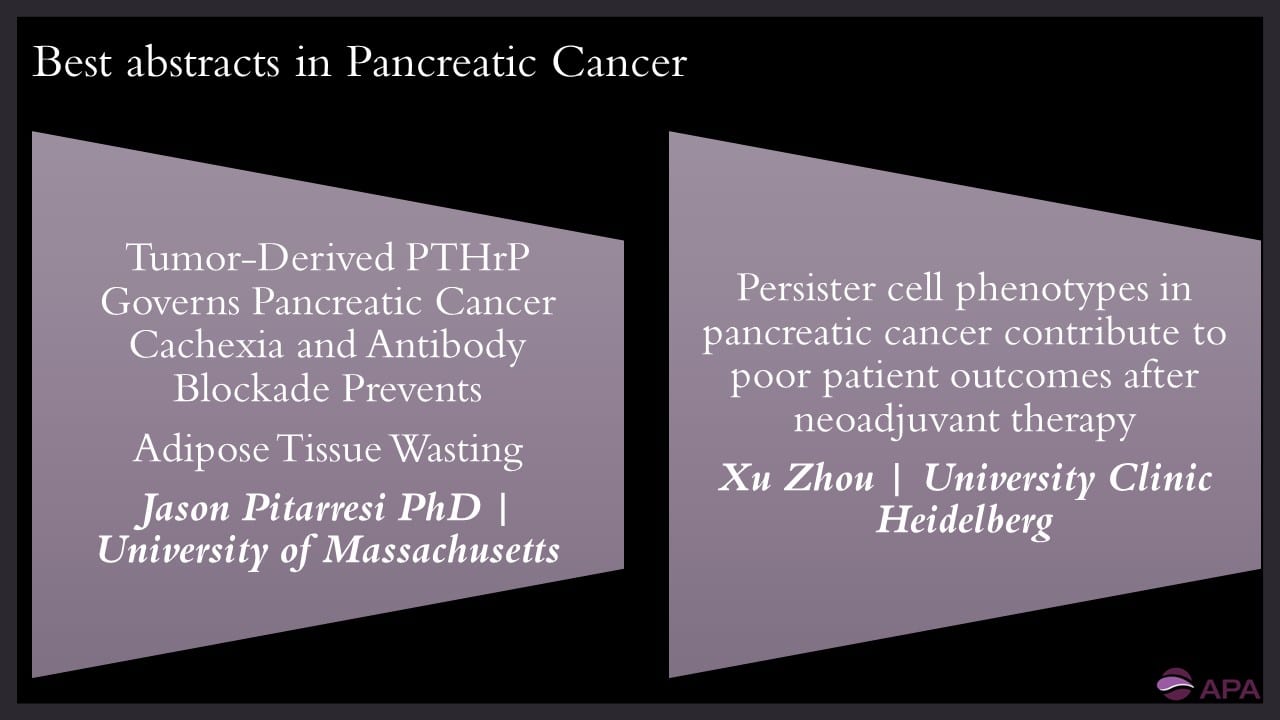 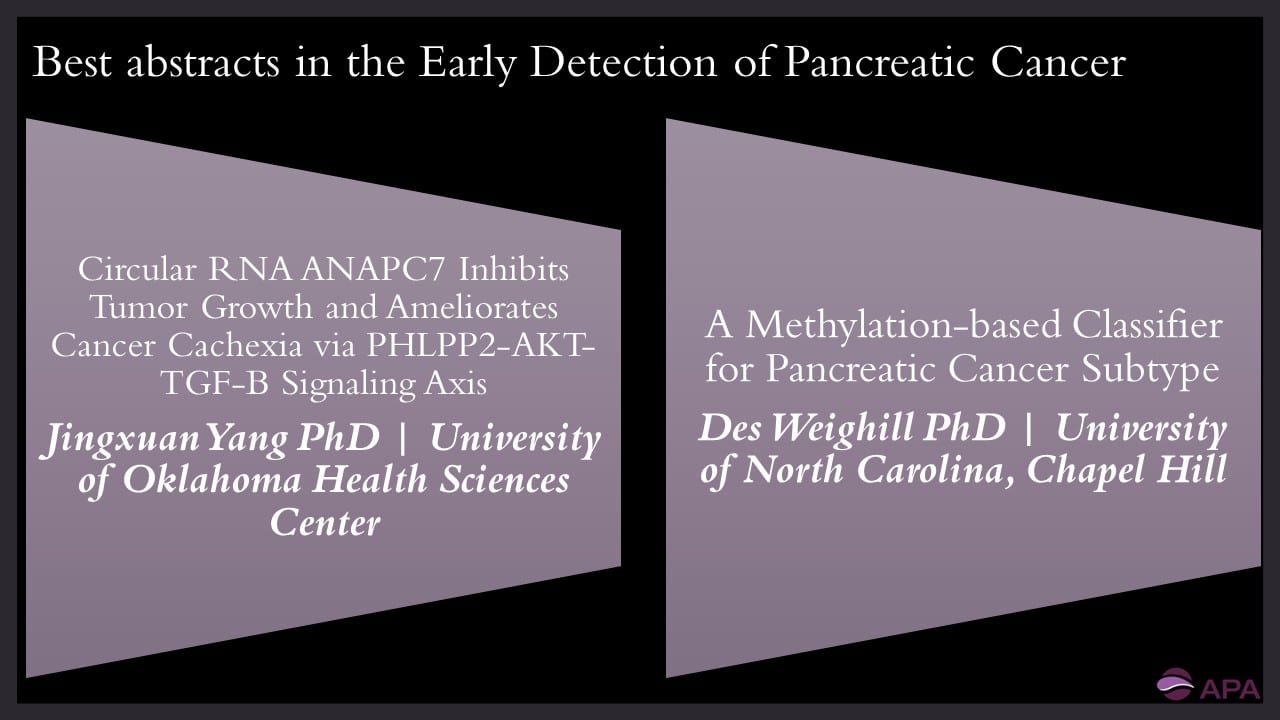 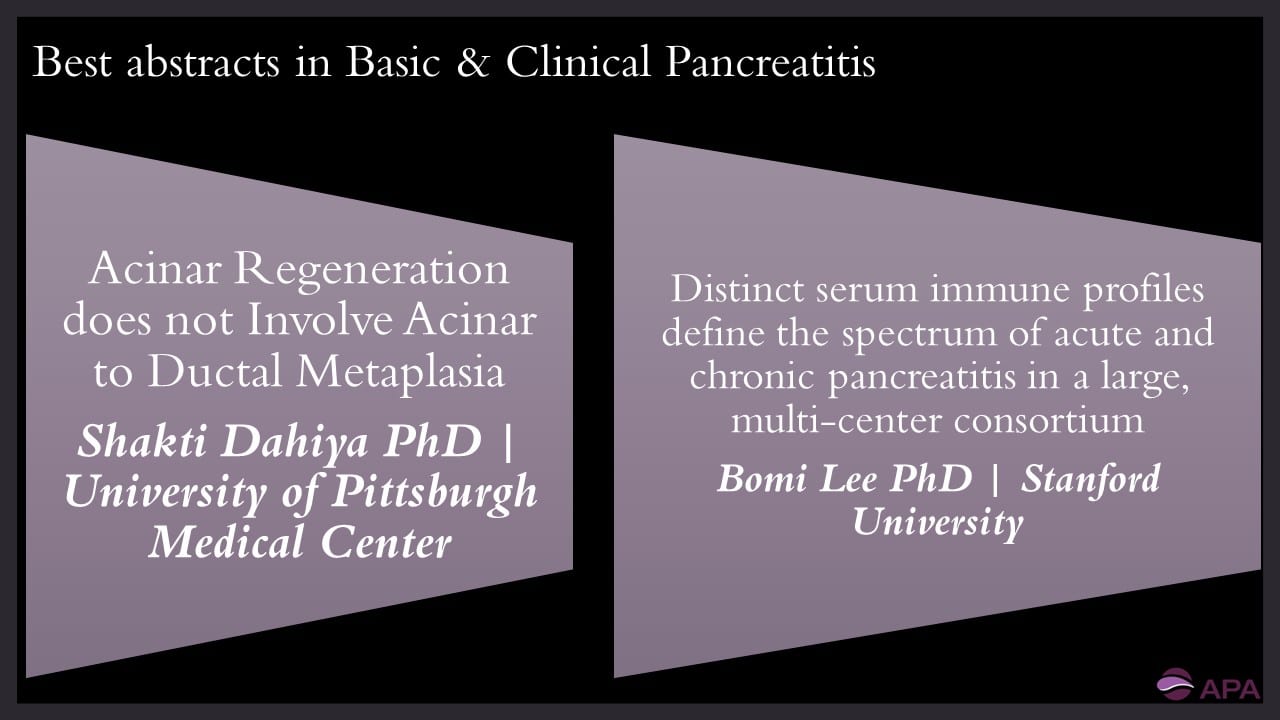